Respiratory Issues Arising Due to the Current Monsoon Climate 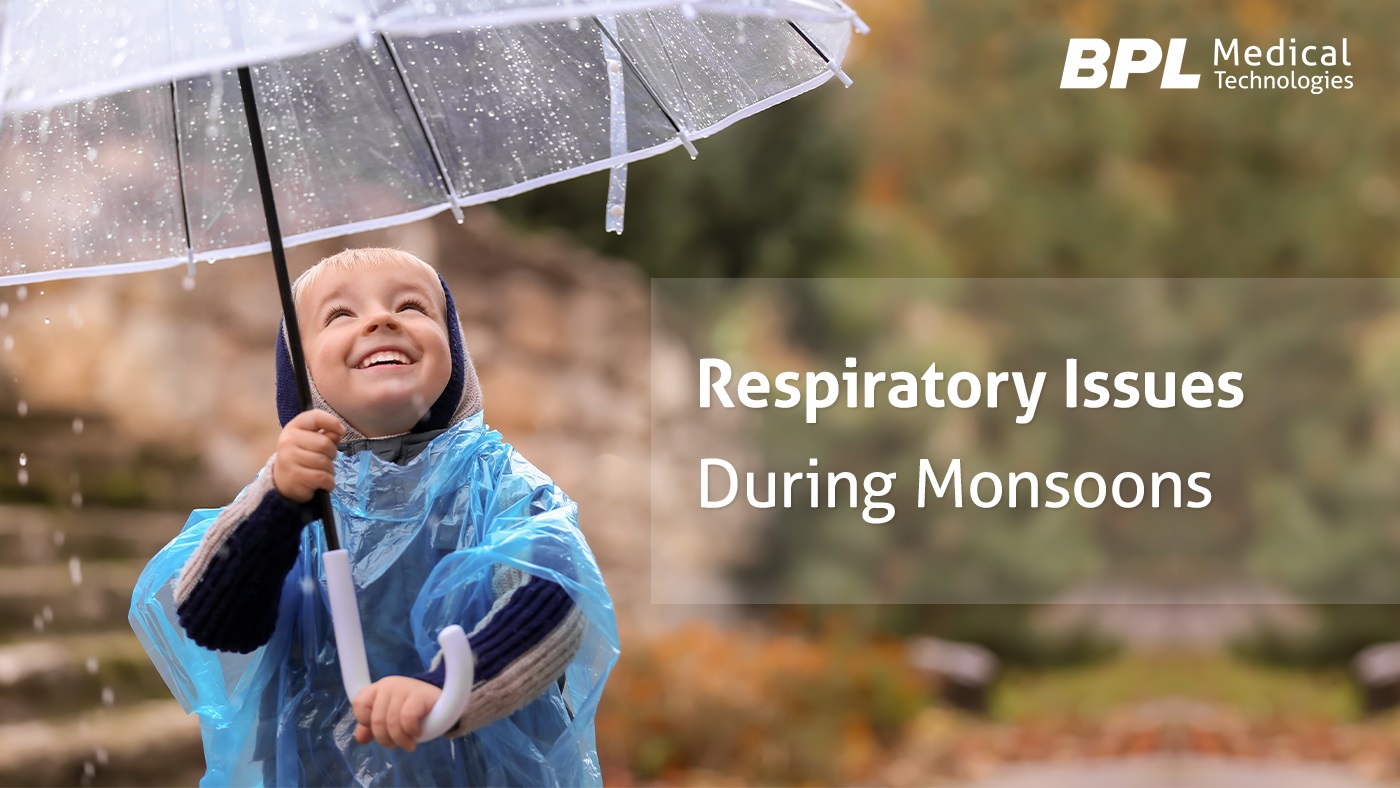 Contrary to the popular saying’ “There is no such thing as bad weather, just soft people”. Climatic changes can cause major health issues to the healthiest of people, if not addressed at an early stage. People suffering from respiratory problems should especially be cautious and should be well prepared in the advent of a climate change that can provoke any kind of existing respiratory symptoms

The rate of global warming, increasing surface temperatures, melting glaciers, and quick rising of sea levels to alarming proportions are constantly impacting human health. Through medical advancement in the field of respiratory systems, technology is now playing a major part in changing the epidemiology of the climate-sensitive pathogens. Below are some of the changes and symptoms that human respiratory functions can contract with the advent of climate change.

With escalating temperatures during summers, can prove to be fatal for people with respiratory disorders. This case is true with people suffering from asthma. During a hot season, asthma can usually flare-up, one of the reasons being the air becoming stagnant and trapping the pollutants which are inhaled by the patient triggering attacks.

In cases of patients suffering from COPD, it becomes mandatory that the patient, as well as the caregiver, understand the signs and warnings. When a COPD flares up its effects range from shortness of breath to severe coughing and sputum.

Winters too can play havoc on the respiratory system and can have scarring effects on the lungs. Cold air is often dry air, and for many, especially those with chronic lung diseases this can spell trouble. Dry air tends to irritate the airway of patients suffering from lung diseases. The repercussions can vary from wheezing, coughing, and shortness of breath.

Getting wet in the rains can cause allergies which if not attended to, can trickle down to the lungs. The resulting effects can cause cough, cold, and sputum. These effects can be especially harmful to children. If the sputum is yellow in color, it is a clear indication of severe infection and needs immediate attention.

Nebulizers most commonly called out as breathing machines that work wonders by aerosolizing liquid asthma medication into a mist that can be directly inhaled into the lungs This liquid converted into a mist directly attacks the virus in the lungs.

Using the 4th generation Vibrating Mesh Technology, the Breathe Ezee N10 nebulizer can develop finer nebulized particles that do not leave a lot of residues when pumped. Lightweight and easy to carry around and low on power consumption. The liquid mist is formed using compressed air, and the medication is then inhaled into the lungs. The device comes with a low battery indicator and has an automatic shutdown system in place. The nebulizer serves as an immediate relief mechanism from asthma, emphysema, bronchitis, colds, and nearly any disorders in the lung tissue.

When the patient suffers from Chronic Obstructive Pulmonary Disease, the intake of air to lungs becomes a great challenge. Healthy lungs contain about 21% oxygen, which is sufficient for a healthy life. But this is not the case with patients suffering from COPD.

In such cases, you need a supplementary external oxygen source that can support your normal breathing parameters. The portable OG4305 is a user-friendly oxygen concentrator that is built in a flame-retardant thermoplastic cabinet that comes with wheels for ease of movement. The device uses the pressure swing absorbent technology that ensures that a good amount of oxygen is produced. The device comes equipped with a purity indicator that guarantees oxygen purity levels of above 90%. The device is bound to improve sleep patterns, mental alertness, stamina, and allow individuals to carry out normal functions with ease.

For more info about the use of oxygen concentrators, read here